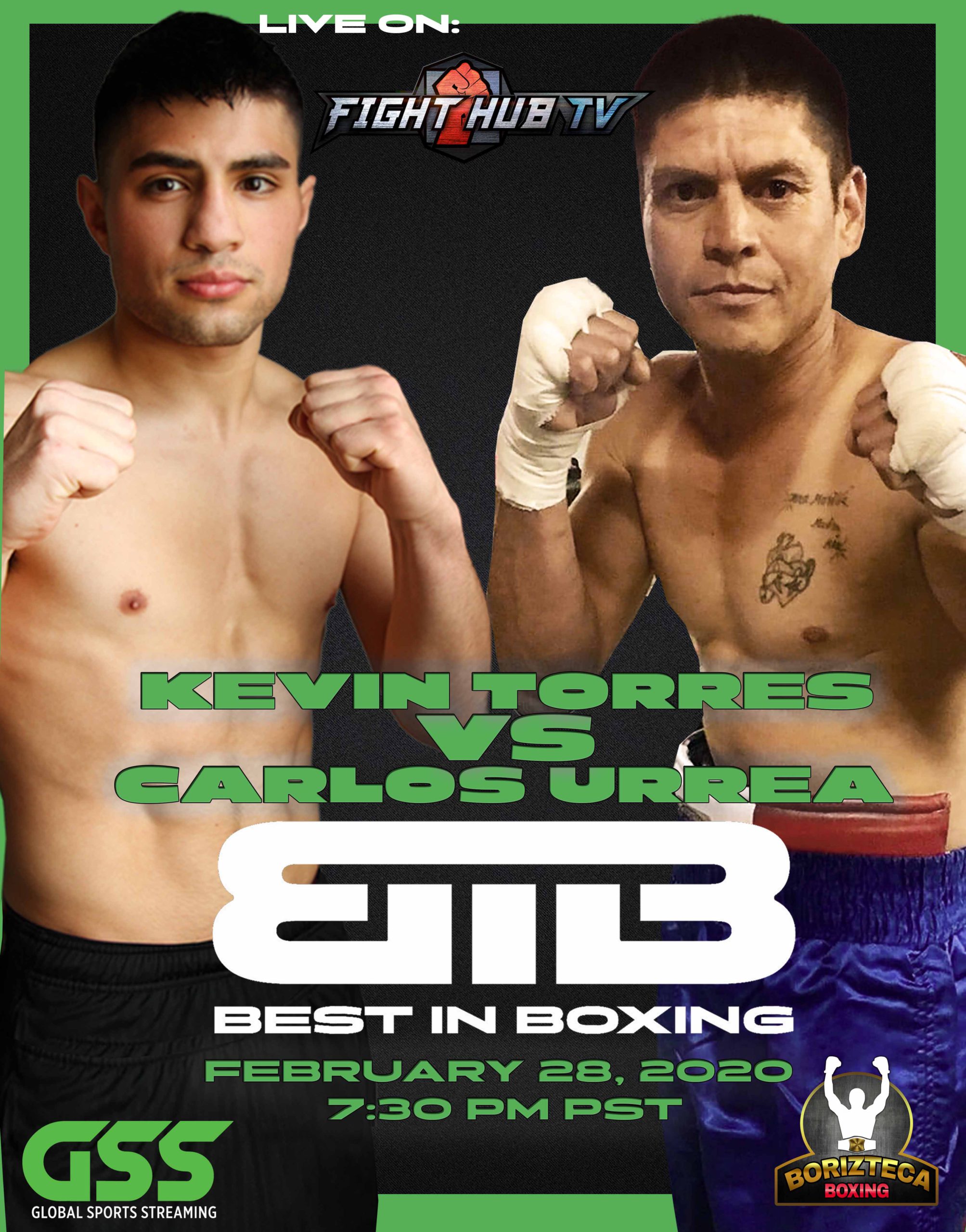 We are back for our first fight night of 2020 with Borizteca Boxing Promotions. We are broadcasting on Fight Hub TV on Youtube. We have a great partnership with Fight Hub and we are able to showcase fighters just starting out in their careers to over 750,000 subscribers. Our February 28th show starts at 7:30 PM PST live from Big Punch Arena in Tijuana, Mexico. We have a great first card of the year with the return of Kevin Torres in our main event. Kevin takes on veteran fighter Carlos Urrea. At 15-1-1 Kevin Torress is getting to the point where he needs to test his skill level to prepare for the tough fights ahead. Carlos has fought 38 times and is known as a tough fighter that gives a good fight and helps with the development of fighters on the rise.
END_OF_DOCUMENT_TOKEN_TO_BE_REPLACED 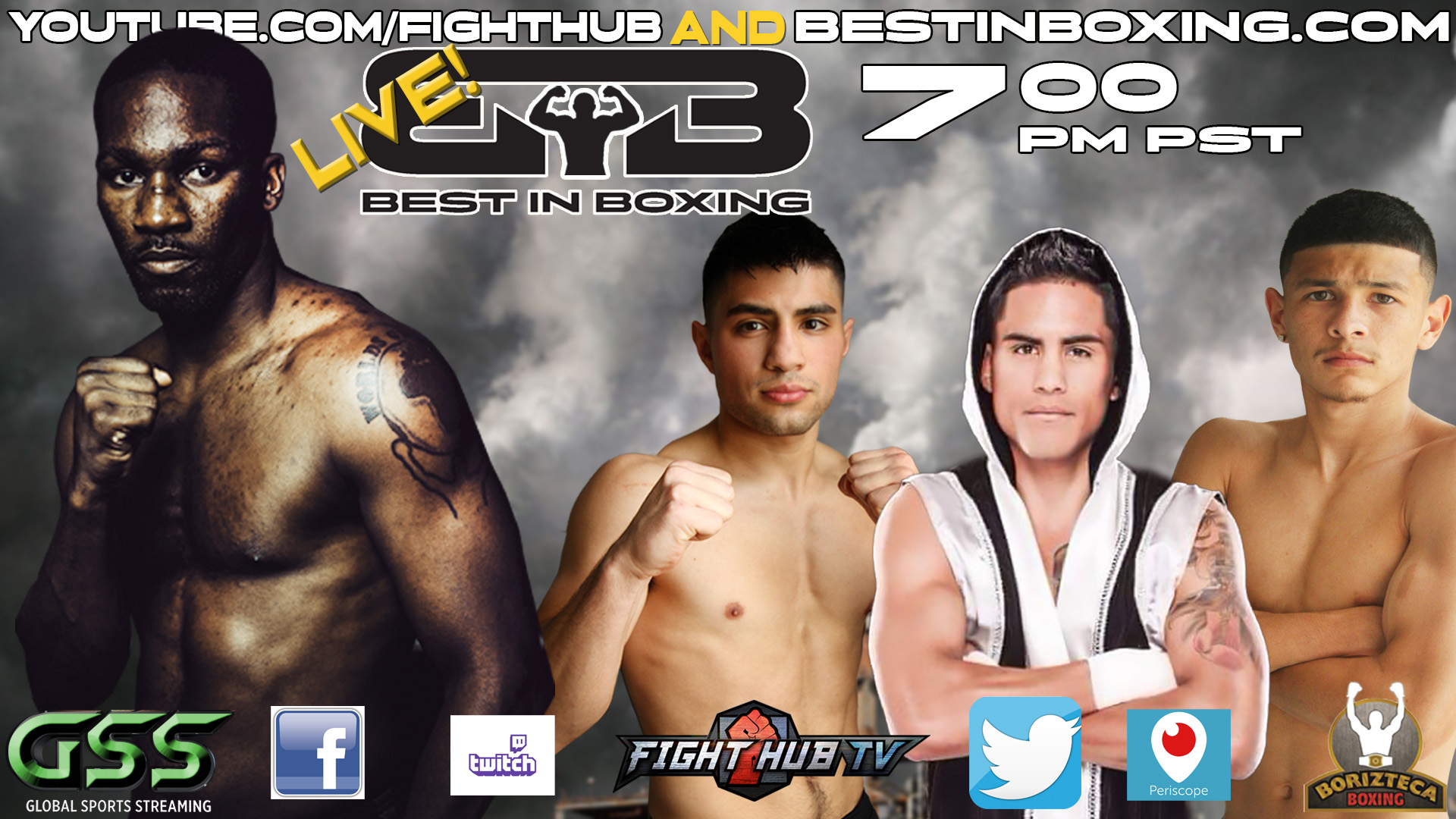 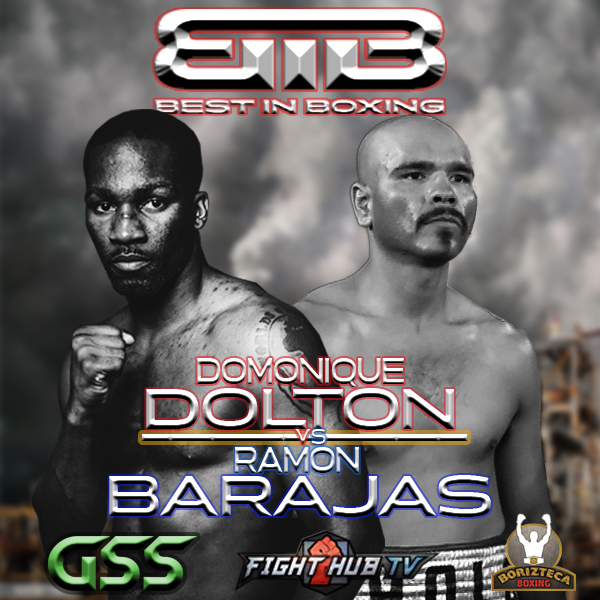 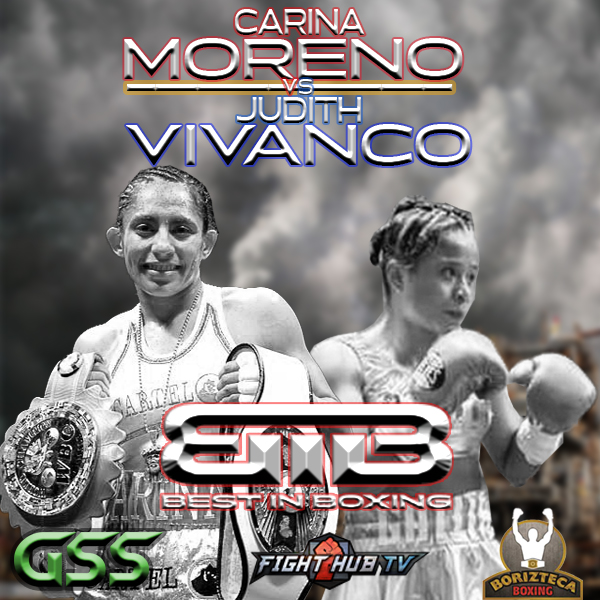 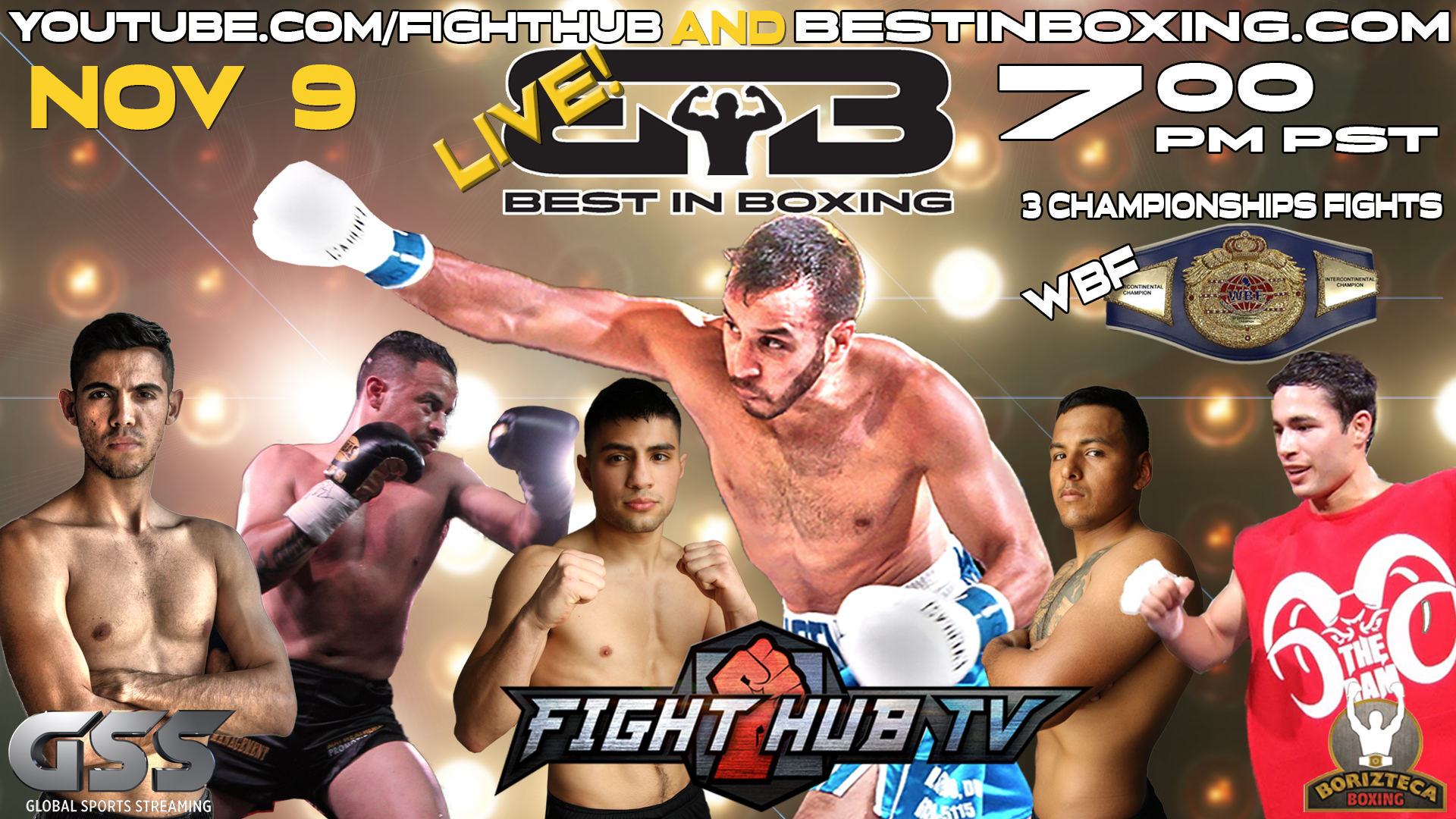 We have three title fights on the card and we are really excited to have Chris Martin vs Yahir Patino in the main event.
We are broadcasting on Fight Hub TV https://youtu.be/o1rFrgNbWIk and at bestinboxing.com #LiveStream starts at 7 PM PST in association with Borizteca Boxing Promotions 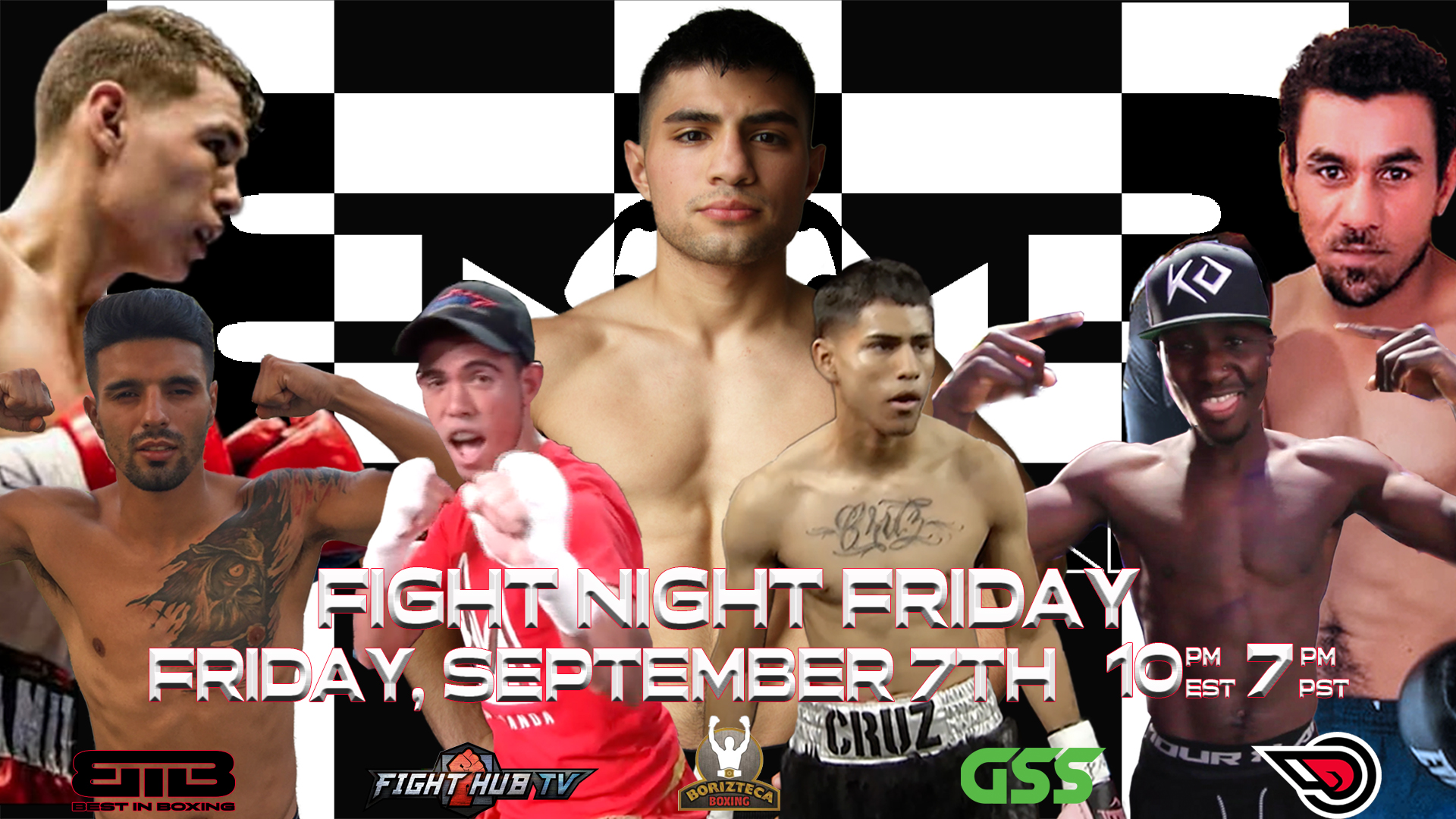 Announcements
Best in Boxing is back on September 7th – Bout Sheet

We have 10 fights for your viewing pleasure.

We have an amazing line up of 10 fights on this Fight Night Friday broadcast.
In the main event, we have some great superfly weight action with Alejandro Espinoza vs Andres Garcia.
In the co-main event, GILBERTO MENDOZA vsGEOVANI ANDRADE The winner of both fights could be in the ring against each other.
Also on the card
GEOVANI ANDRADE vs LUIS LUNA
KEVIN OTTLEY vs JOSE LOZOLLA
BRANDON CRUZ vs CARLOS RANGEL
DILAN MIRANDA vs JOSE RODRIGUEZ
ERICK ESTRADA vs JAVIER MIRANDA
JOSE DE LA TORRE vs JULIO ALCANTAR
MARCO ARROYO vs GERARDO YESCAS
Great action from Tijuana Mexico for you guys on Fight Hub TV
Tune in at 7 PM PST for the start of our broadcast.

We’d also like to thank Borizteca Boxing for all their support with building Best in Boxing. Follow them at borizteca.com

We are excited to be broadcasting again live on June 22nd at 7PM PST 10 PM EST on youtube.com/fighthub and www.bestinboxing.com

In the main event, we have
MARCOS FORESTAL vs DANIEL VEGA
in the Co-Main event, we have
RAFAEL RAMIREZ vs RAMON BARAJAS
also on the card
TONY HIRSH vs MANUEL GARCIA SILVA
RICARDO VALDOVINOS vs ESTEBAN CAYETANO
ROBERTO MEZA vs MANUEL SANDOVAL
KEVIN TORRES vs SANTIAGO ARREOLA
BRANDON CRUZ vs EMANUAL ZEPEDA MOLINA
DILAN MIRANDA vs JOSE HERNANDEZ
ALAN GALINDO VS JESUS RIZO 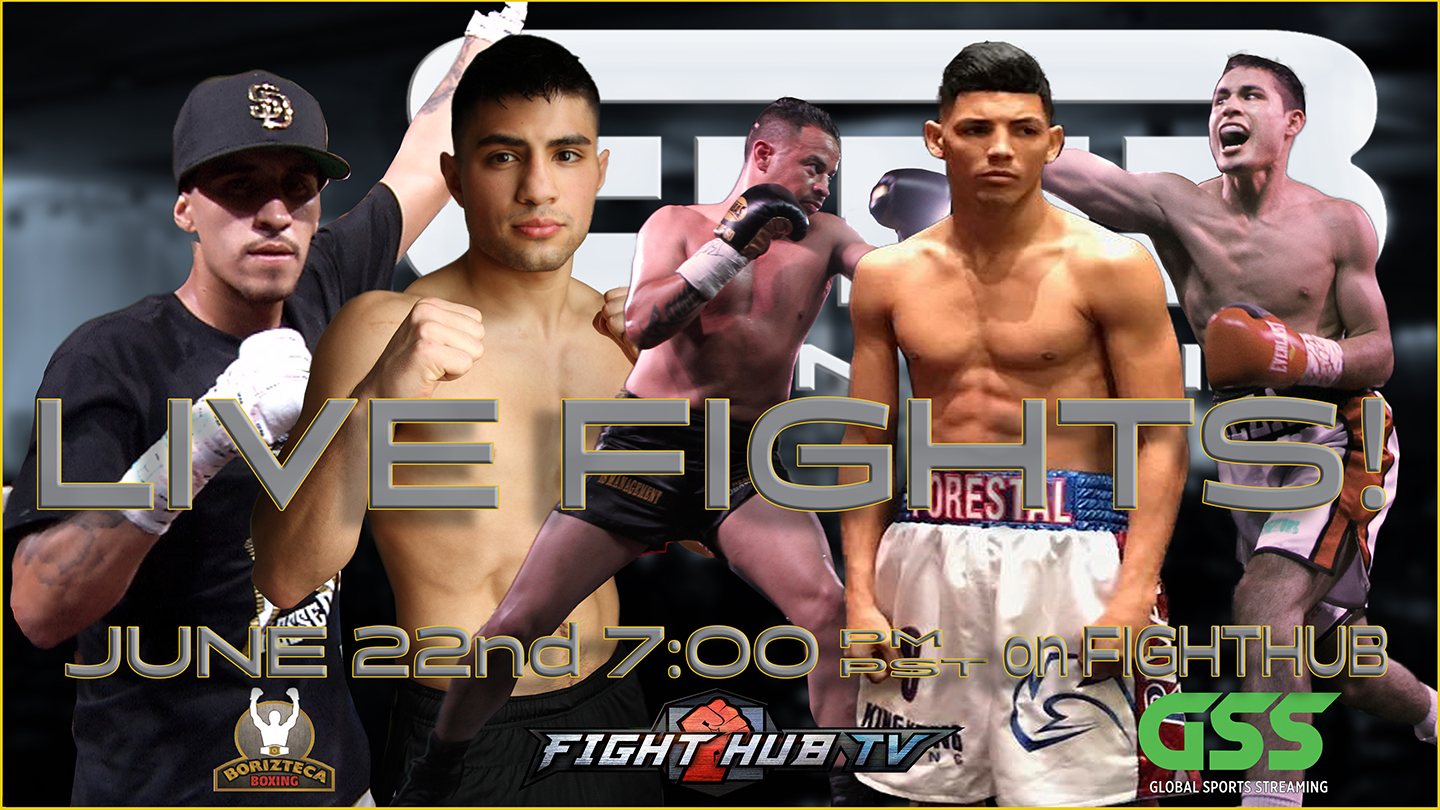 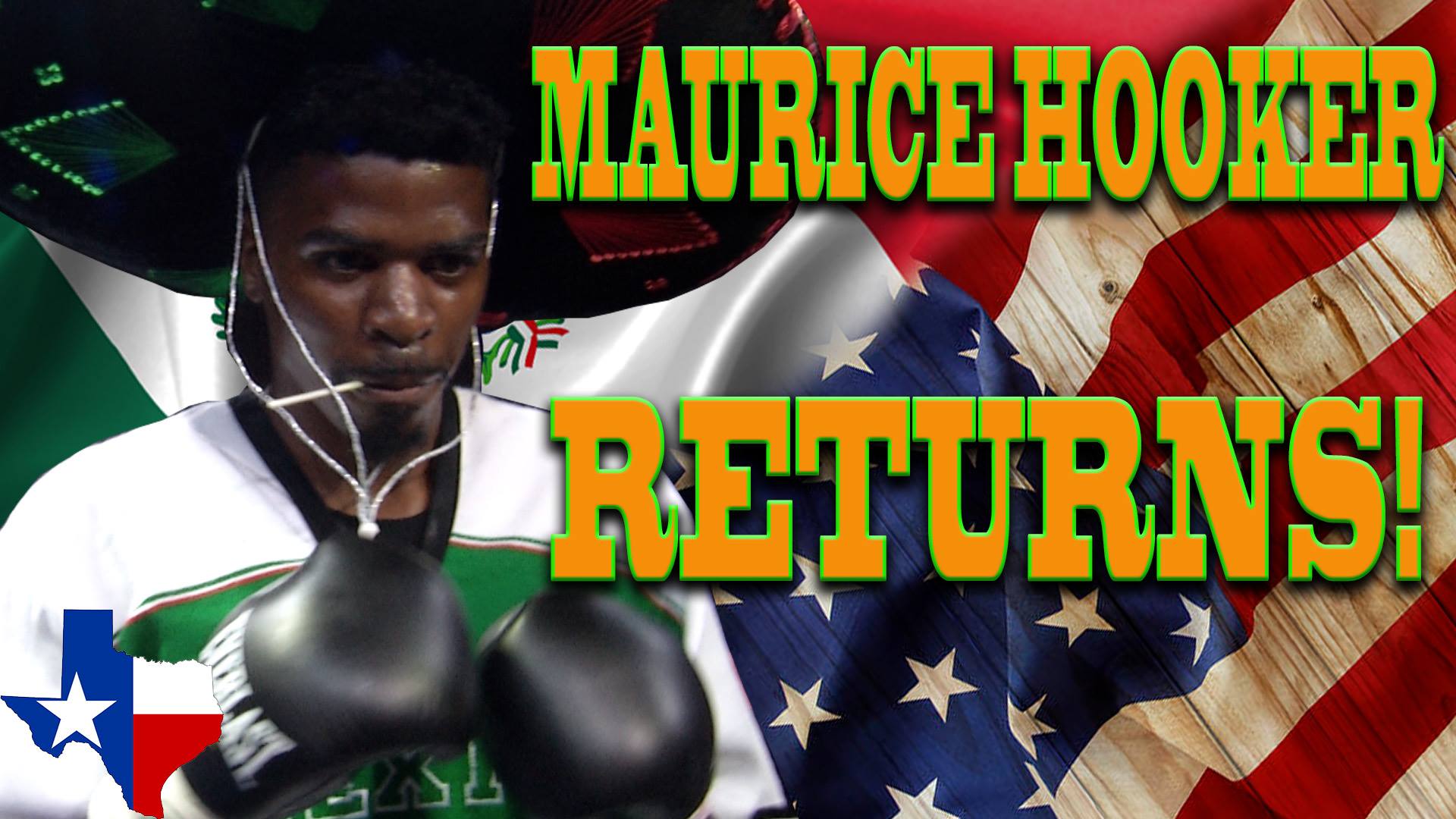 Watch over three hours of great boxing action finishing with a great fight featuring Maurice Hooker. Best in Boxing bringing you fights the other promoters won’t bring you!

We are looking forward to a great night of action with an amazing main event with fighter Dewayne Beamon vs Angel Ramos. Both fighters are action fighters and we are predicting this won’t go to the scorecards. Both fighters see this fight as a stepping stone to much bigger fights in the future. Dewayne is known as “Easy” Beamon because he makes it look easy and Angel is known as “Diablito” “Little Devil” Ramos for his aggressive all-action style. This is a main event you don’t want to miss.
The fights are as follows:

On Friday evening (November 17, 2017) at the Salon Mezzanine Hall in Tijuana, unquestionably the Bout of the Night on the 13-bout Borizteca Boxing Promotions fight card had to be the thriller between Ricardo Valdovinos (5-0) from San Diego and Alex Castaneda (3-1) from Rosarito. The two super featherweights literally banged heads for six-plus, action-packed rounds. You heard that right. With everyone so wrapped up in watching this fight, to include the meticulous timekeeper, the bell to end the final round didn’t sound until almost two minutes (actually 1 minute and 51 seconds) past the regulated three minutes.
From the opening bell, both Alejandro Castaneda (l) and Ricardo Valdovinos (r) were throwing punches with bad intentions.
Why was everyone so caught up in Bout #12? For one thing, Valdovinos had promised to knock his opponent out. Second, the mention of that boast must have reached Alex Castaneda and had him training extra hard. Third, during the match, it appeared the treacherous Castaneda made four separate attempts to maliciously headbutt Valdovinos and five, both men were known for their Mexican style of fighting – that in-your-face, banging away at your opponent without letting-up.
Masterfully set up, Ricardo Valdovinos’ left hook caught Alex Castaneda by surprise and down he went. Any lesser of a man would have stayed put on the canvas but Castaneda didn’t hesitate and quickly returned to his feet.
At the conclusion of their exciting bout, veteran referee Jesus Soto raised the arm of the victorious Ricardo Valdovinos. Both men looked tired and beat up.
In the final round of this last man standing battle, Valdovinos landed what everyone believed to be the finishing blow to knock Castaneda out. But, like the energizer bunny, Castaneda quickly returned to his feet as if he had just lost his balance and not been hit by a perfectly thrown, well-leveraged left hook. In the end, all three judges had Valdovinos as their winner: one had it 58-55 and the other two had it 59-54 for Valdovinos.

To read the rest of the article head to sportofboxing.com
http://www.sportofboxing.com/2017/11/bout-of-the-night-valdovinos-vs-castaneda-at-the-latest-borizteca-boxing-show/

Dewayne Beamon http://boxrec.com/en/boxer/728230 is an exciting up and coming fighter who is looking to make his mark in the sport of boxing. His fight was a last-minute add-on to our November 17th card. Because the option to put Beamon on the card came during the fight week he was matched up against Zenon Venancio http://boxrec.com/en/boxer/731118. Venancio proved overmatched in the fight as Dewayne attempted to get some rounds in and look impressive. Venancio after a couple good shots from Deamon looked hesitant to engage and the fight was stopped early in the second round. We are looking forward to having Dewayne back on our next car in February.

We are looking at our next date happing February 16th at the Salon Mezzanine in Tijuana Mexico https://goo.gl/maps/5oNiQFiYfYv The fights again will be on bestinboxing.com starting at 7 pm pst and 10 pm est. We are hoping to be able to announce the main event in the next couple of weeks. Looking forward to a big card to kick off the new year! In the new year, we are looking to expand our boxing programming by working with new promoters to bring even more shows to fight fans.

Just created a new patreon.com account at patreon.com/gsstreaming where fans can get exclusive content specifically for the new platform. We are looking to raise funds to keep this show going. The broadcast game can be expensive and we are doing everything in our power to keep costs low but we also need your help to raise money so we can keep this going. If you can check out the page and subscribe to our page and donate money. We are offering free access to our pay per view shows and as we create a subscription service we plan on allowing all patreon.com
As we push to expand our social media reach we are on various platforms for followers/fans to keep up to date. Please follow us on:

The link will take you all to the final bout sheet with all the fighters weights. We only had one fighter fall out but everyone else made weight. Omar Aguilar will not be fighting Leandro Monreal. Miguel Villalobos was not able to fight. Tune in tomorrow on bestinboxing.com and watch all 13 fights live.

As everyone that follows boxing knows fights fall out and fights get made last minute. This fight night is no exception. Take a look at the latest bout sheet for all the changes.
BOUT SHEET NOV 17, 2017 (v4)